Markets have suffered a period of extreme volatility over the past couple of weeks, as cases of Coronavirus (Covid19) spilled out of China and started to appear across the globe. Initially markets saw little impact, but gave way in the final week of February with wide scale selling. The situation was not helped by lofty valuations, particularly in US growth stocks. What has panicked investors is not being able to measure the impact coronavirus may have on company earnings numbers and the wider disruption to supply chains. It is perhaps, therefore, not surprising that the vacuum of uncertainty is creating an environment of large scale gyrations in equities.

What is clear is that China has taken a big hit and this will have a larger influence on growth than has previously been the case, as it now is a much bigger part of the global economy. On the plus however China, appears to be over the worst and is slowly beginning to get back on track. Elsewhere we have seen central banks begin coordinated action to help cushion the blow, with Australia and the U.S. both cutting rates recently, with the later taking a larger than expected 0.5% off borrowing costs. Sectors such as travel and energy have been particularly impacted as people postpone plans to move around the globe.

The scale of the shock to global growth is largely dependent on how far the virus spreads and ultimately how many people become infected. A widescale outbreak or pandemic, would probably be enough to create a global recession as large parts of the globe become locked down. Part of the problem is that coronavirus can be difficult to detect and is very contagious, however it thankfully also has a relatively low mortality rate. The hope remains that it can be contained with outbreaks in many regions thus far sporadic, and authorities have been swift to act in quarantining anybody suspected of being infected. If this remains the case then the effect should be fairly short term.

So, what conclusions if any can we currently draw? In this respect it is useful to look back at the outbreak of SARS which has many similarities to Coronavirus. This saw a sharp downturn in activity followed by a fairly swift rebound and our base case scenario continues to be that this will be the most likely outcome. Some growth will be permanently lost, however a large proportion will only be postponed leading to a stronger second half of the year as pent up demand is satisfied. Over the next few weeks it appears highly likely that markets will remain volatile, with sharp moves both ways, a more sustainable bounce is unlikely until numbers of new cases have peaked and we can see light at the end of the tunnel. We remain alert to what will be a fluid situation, but believe that the diversified approach to portfolio management which we undertake puts us in a strong position whatever the outcome. 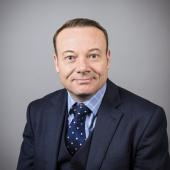 Posted 3 years ago by Chris Mallett